In this study, it was aimed to determine the effects of hazelnut husk on the growth and quality parameters, photosynthetic pigments and nutrient content of Scarlet sage. For this purpose, the seedlings of Scarlet sage were tested in five replications on control (100% peat) and six growing media containing different proportions of hazelnut husk. In plants, aesthetic appearance, crown width, number and weight of flowers, number of main shoots, plant height, plant fresh and dry weights, root fresh and dry weights, chlorophyll a and b, chlorophyll a+b, carotenoid, chlorophyll a+b/carotenoid and nutrient contents (N, P, K, Ca, Mg, Fe, Cu, Zn and Mn) were determined. The study revealed that hazelnut husk was effective on all characteristics of Scarlet sage except calcium, magnesium and iron. Since the highest average values of the characteristics in the present study were obtained from growing media “50% Peat/Perlite+50% Hazelnut Husk”, this growing media can be used for Scarlet sage. In addition, no plant nutrient deficiencies were observed in the plants during the experiment, but manganese can be recommended in the fertilization program due to the its low value observed in all media. 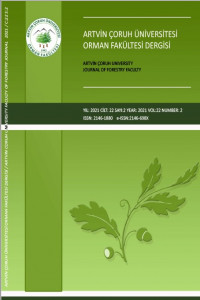