Ethnobotanical characteristics of some plants in the central villages of Artvin

This study was carried out in seven neighbourhoods and all villages of Artvin's central district between 2016 and 2020. One-to-one interviews were made with 138 local people living in the research area: the information of the people in the region was compiled in order to determine the local usage culture of natural plants. With the face-to-face questionnaire, the demographic characteristics of the informants, the natural plants they use in the region, the local names they gave to these plants, their usage areas and purposes, the parts used and the way of use were determined. In the study area, a large number of natural plants whose leaves, fresh shoots, and stems: are consumed as food and spice, used for feeding animals and protecting animal health, and for other ethnobotanical purposes were identified. It was determined that some plants, of which various medicinal uses have been recorded by local people in different regions, are consumed only as food and tea without basing any medical reason known in the research area. Making vine leaves dish, cornelian cherry soup, dried olives, papa and korova in the region stand out as exceptional uses. It was determined that the use of Rhus coriaria L. as a dyestuff and the use of Quercus petraea subsp. iberica (Steven ex M.Bieb.) Krassiln. seeds as a flour mixture is about to be forgotten. It was also determined that olive, olive oil, and indirectly soap production has decreased a lot as the olive fields are under the dam waters. 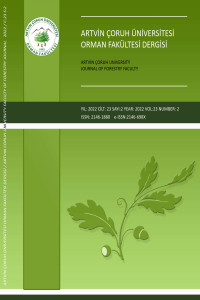